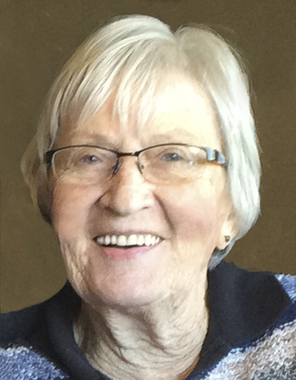 Back to Chic's story

On January 18, 1933, Ruth (Rutt) and Sibbelina Catharina Sjaardema Kaldenberg gave birth to their 11th child, a daughter, Freda Sophia, born near Sully, Iowa. The family included 12 siblings, growing up in and near Sully. Very early in her life she was given the nickname "Chic", a name that stayed with her until passing on March 7, 2020.
Chic lived her whole life in the proximity of Sully and Pella. She did her primary schooling in Sully and attended both Pella Christian and Pella Community High School.
Her family and generation were defined by hard work. As one of the youngest children, she may have received a "pass" on some chores as her mother and older sisters doted over her. However, the work ethic and ambition provided Chic with boundless energy.
One day near Sully, Chic was admiring a young lineman on the top of a utility pole near her home. Soon after she met and married Martin "Buck" Visser. There begins in 1951 story of Buck and Chic Visser. Their first child Rodney D. in June 1955. Soon after they purchased their first home on Elm St. in Pella, IA. In December 1959, they welcomed their second son Monte J. Their family was then complete. Chic was a member of the First Baptist Church of Pella and an active member of the community. Buck and Chic played golf and developed deep lasting friendships. Chic was a skilled and competitive bowler enjoying many years of competition and fellowship locally and at tournaments around the USA.
Chic worked in the world of bookkeeping and office management for most of her career. Beginning at the Pella Coop and Pella bowling alley. Chic was one of the original employees of Marion County Savings and Loan when they opened their branch on Main St. in Pella. She worked her way up to become Vice President and Sr. Loan officer when the branch grew and relocated to Washington St. on the north side of the square. She was a member of the Pella Business Women's Association and the Historical Society. Chic was active in various roles at church. After retirement, she remained active swimming daily, volunteering at Pella Hospital, church and the Iowa State Fair.
Many will tell you that her work ethic continued until her last days, as she liked to do laundry for loved ones and dutifully folded items laundered by the Cottages staff.
By far her favorite activity was spending time with her family. From playing cards and conversation to playing on the floor with her grandchildren. There was a special light in her eyes when she was with her brothers and especially her sisters.
Chic is survived by her two sons, Rod, and his wife Julie Visser of Pella and Monte, and his wife Shelley Visser of Grosse Pointe Woods, MI; five grandchildren; Kaci (Shane Cox) Visser of Knoxville, Charles Visser of East Lansing, MI and Andrew Visser of Portage MI; Samantha Richardson of Ames, IA and Colton Richardson of Pella. Her sisters: Ruth Hannay of Pella, Agnes Masselink of Santa Rosa, CA; Sibel Hanson of Tucson, AZ; Dot De Ronde and Darlene Klein of Pella. Also surviving, beloved in laws Ernie (Phil) Visser; Donna (Don) Visser and Mary (Glenn) Mattson all of Pella. Along with many loving nieces and nephews.
Chic was preceded in death by Buck, her husband of 56 years, her parents, brothers and sisters John and Ada Kaldenberg; Kathryn and Harris Van Zante; Dewey and Minnie Mae Kaldenberg; Jeanette and E. Jerry Van Den Berg; George and Lena Kaldenberg; Edward (Ruth) Hannay; Josephine (Jo) McKenna; Bob (Dot) DeRonde; Wayne (Darlene) Klein. In-laws: Gerrit and Gertrude Visser; Robert and Katheryne Anne Visser, Phillip (Ernie) Visser; Loretta and Lloyd Goad; Bill and Cathy Husted, Don (Donna) Visser and Glenn (Mary) Mattson. Chic was also preceded in death by several loving departed nieces and nephews.
Funeral services were held on Thursday, March 12, at the First Baptist Church in Pella. Memorials may be given for the First Baptist Church. Van Dyk - Duven Funeral Home was in charge of arrangements.
Published on March 16, 2020

A place to share condolences and memories.
The guestbook expires on June 14, 2020. 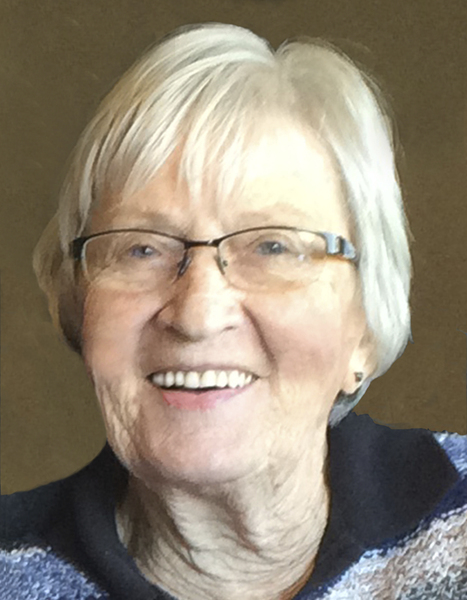