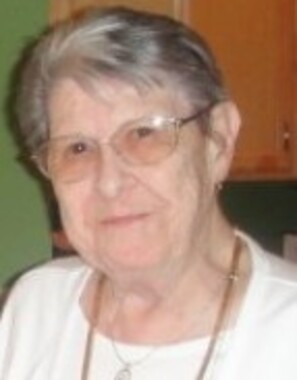 Coleen Rae Foster was born on October 10, 1928, in Union, IA. Her parents, Kenneth & Irene (Cable) Clemens had three other daughters: Donna, and twin sisters, Cinda & Linda. In 1937, Kenneth moved the family from Union, IA to Cashmere, WA finding gainful employment working in the Apple Orchards. Coleen was a member of the First Baptist Church in Cashmere and was baptized there. She graduated from Cashmere Valley High School in 1945.
After graduation, while visiting her grandparents back in Union, she met Robert Foster, who at the time, was at home on leave from the U. S. Navy. After Bob was honorably discharged from the Navy, Coleen returned to Union to join Bob where they were married on January 24th, 1948. Coleen and Bob had three children: sons, Terry Lee, Scott Wayne & daughter, Rona Rae. In 1951, the family moved to Parkersburg, IA where Bob was stationed as an Iowa Highway Patrolman. In 1959, Bob was transferred by the patrol to Knoxville, IA and then to Storm Lake, IA in 1965 where he served as an airplane pilot for the patrol.
Coleen & Bob then bought a home in the nearby town of Lakeside, IA where they spent family time and made many life-long friends on the shores of Storm Lake. Coleen worked for several years as a secretary with Iowa Public Service where she eventually retired in 1988. After several years in Storm Lake, Coleen & Bob moved to Pella, IA in 2008 to be closer to their children. "Co" enjoyed reading, playing cards, cooking, entertaining, and taking many camping trips in their motor home. She passed away December 30, 2019, at Wesley Life, The Cottages in Pella at the age of 91 years.
Family survivors include her sister, Cinda & her husband Brent Faulkner of Wenatchee, WA.; son, Scott Foster and his wife, Mary Jo of Pella, daughter Rona, and her husband Donnie Loss of Algona, IA.; seven grandchildren, three step-grandchildren, and five great- grandchildren. Coleen was preceded in death by her faithful husband Bob of 63 years, son, Terry Foster and his wife, Sue; her parents and sisters, Donna Ayman and Linda Kiehn. At her request there will be no services. Memorial contributions in her memory may be designated for the Iowa Peace Officers Association, PO Box 100, Denver, IA. 50622
On-line condolences may be made at www.vandykduven.com
Published on January 6, 2020
To send flowers to the family of Coleen Foster, please visit Tribute Store.

Send flowers
in memory of Coleen