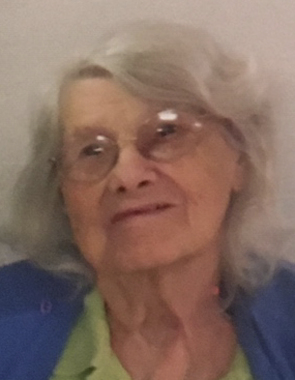 Back to Dottie's story

Dorothy Lorraine Farquhar was born on July 21, 1925 at College Springs, Iowa. She was the youngest of two children that were born to Joseph 'Paul' and Mary (Trimble) Farquhar. "Dottie" as she was known, graduated from the College Springs High School and then attended Central College in Pella, Iowa. Dottie graduated with the class of 1947 with a degree in Physical Education.
During this time at Central College, a young man on a motorcycle rode up to her dorm one day. He introduced himself as Robert Francis Van Vark and the two were united in marriage on Aug. 7, 1946 at College Springs, Iowa. To this union two children were born: Kent Leroy and Gail Lynne.
Bob, as he was known, was successful in construction business and other business partnerships in Pella. Dottie was employed as a teacher in the Pella School district. She began in 1947 as Physical Education teacher and later transitioned to teach English at the Pella Middle School, retiring in 1988. Her 40 year career in education was admired by her family, many of whom have also entered into career's in education.
On September 19, 2004, Bob passed away at the Pella Regional Health Center at the age of 78. In October of 2014, her daughter, Gail Kirby, was diagnosed with cancer. The next eleven months were spent pursuing treatments at the University of Iowa Hospitals & Clinics in Iowa City, Iowa. On Tuesday, October 13, 2015, Gail passed away in hospice at Pella at the age of 60 years. Dottie then became a resident of the Crystal Heights Care Center in Oskaloosa, Iowa, and passed away on July 20, 2019, one day short of her 94th birthday.
Those left to honor her long life are: Dr. Kent L. and Sue Van Vark of Pella, Wade and Hilary (Schuring) Van Vark of Pella, Cole and Sarah (Wood) Van Vark of Waukee, Iowa;
Monte (Gail) Kirby of Pella, Tyler Cordell Kirby, Cody Drew and Crystal (Teachout) Kirby of Pella.
Dottie's sister died at a young age, and her two nieces spent a lot of time with their Aunt Dot since they lost their mom so young. They are; Margo Jean Sneller Scholin (Hal) of Houston, Texas and Mary Jo Sneller Starkey (Allen) of Parker, Colorado.
Dot is also survived by two cousins, Joe and Ruth Farquhar of Blanchard, Iowa and Phyllis Farquhar Wagner of Kansas City, Missouri. Of Bob's original family, Dottie leaves his step-mother, Gardena (Meulpolder) Van Vark of Pella; two half-brothers: Dennis Van Vark and his wife, Suzette; and Randall Van Vark and his wife Ruthann, all of Pella; along with several nieces and nephews and a host of cousins and other relatives.
She was preceded in death by her husband Bob, her daughter Gail, her great grandson Blake Mattingly Van Vark, her parents and her sister, Helen and her husband, Martin Sneller.
Dottie and Bob were faithful members of the First Baptist Church in Pella. They enjoyed aviation and had been a member of the Mahaska Flyer's Flying Club. They always attended their grandsons sporting events and were members of Pella High and Central College Booster Clubs. Dottie enjoyed writing poetry and reading in her spare time. She was the first person to teach family Dutch dances and enjoyed playing cards with her friends. Dottie will be remembered by her family as a "good teacher and a better Grandma".
In recognition of Dottie's 40 year teaching career, the family suggests memorial contributions be made to Dollars for Scholars. Van Dyk - Duven Funeral Home was in charge of arrangements.
Published on July 26, 2019
To plant a tree in memory of Dottie Van Vark, please visit Tribute Store.

Plant a tree in memory
of Dottie

A place to share condolences and memories.
The guestbook expires on October 24, 2019.