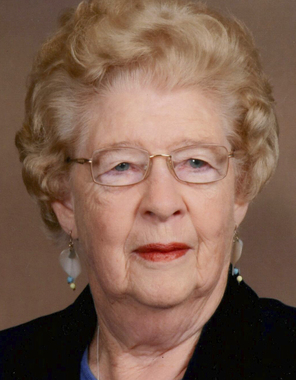 Back to Edith's story

Edith Huyser, daughter of Johan Nicholas and Jeannetta (Vos) Mathes was born October 2, 1927, in Oskaloosa Iowa. She grew up as the youngest of 10 children on a farm north of Pella, Iowa during the depression. Times were lean, but rewarding family experiences yielded a strong family bond that endeared for decades. One of her fondest memories was that of horse drawn sleigh rides in the winter and the jingle of sleigh bells.
Edith was a bit of a tomboy, following her Mathes brothers around on their chores - to the point of annoying them. But she was observant and fell back on these experiences later in life. In addition, she learned the art of gardening, canning fruit and vegetables, and sewing and quilting from her mother.
Education played a big role in Edith's life. She excelled at European School #3, attending through 8th grade; and even though she was unable to attend high school, she valued knowledge and learning throughout the rest of her life.
After finishing school, at the age of 13, Edith did laundry for new mothers in the neighborhood earning $1 per day. Even though work opportunities were limited for young farm girls, she later took the initiative, perhaps against her father's wishes, and got a job at a Pella grocery store. She also worked at the Pella Overall factory sewing pockets onto pants.
Edith soon met Irvin Wayne Huyser, and they were married on February 23, 1950. She was a homemaker while Irvin worked as a hired hand and a deliveryman for Cloverleaf Dairy.
In 1952, when Irvin was drafted into the Army, Edith daringly planned a drive, by herself, to Ft. Riley, Kansas where Irvin was in basic training. However, she first needed a driver's license - so she took and passed both the written and road test on the same day and left for Kansas the next. In Ft. Riley, Edith found work in a tailor's shop applying her sewing skills to altering officer uniforms, replacing zippers, and making drapes for a mess hall.
Edith returned to Pella after Irvin was posted to Germany, and she soon became a telephone operator for a year and a half at the Pella telephone company where she perfected her "Number please" voice. After Irvin returned from the Army, Edith and Irvin farmed north of Pella, and a son Curtis, was born in 1954.
Edith and Irvin continued farming near Pleasantville for 2 years, enjoying an idyllic setting in the woods overlooking the Des Moines River Valley where Edith enjoyed watching the abundant wildlife. However, after enduring Des Moines River floods, Edith and Irvin moved to a farm near Otley, Iowa.
Edith was a homemaker, gardener, and a fulltime partner in farming for the 13 years they lived near Otley. She also enjoyed square dancing on Saturday nights do-si-doing with the Circle 8 Club of Pella, and she was a member of the Otley Reformed Church.
Later, Edith and Irvin moved to Chapin, Illinois where she managed many aspects of their VerMeer agricultural dealership. In Chapin, Edith was active in the Chapin Christian Church and many community events. After 30 plus years in Chapin, Edith and Irvin retired and moved back to Pella, but before they left, she was honored as a Grand Marshall for the annual Chapin Big Country Day festival.
In 2007 Edith and Irvin moved back to Pella where Edith thrived in retirement. She became a member of the Second Reformed Church and enjoyed fellowship with the members. She also reestablished may old relationships and developed new ones through organizations like Central Red and several "coffeetime" groups.
Gardening also continued to be a key part of Edith's life. Every year, she planted outdoor flower beds, and she also grew a bumper crop of vegetables much of which she canned for winter enjoyment. During winter, Edith's sun room was the focus of her gardening. Here, her "green thumb" was always on display as exotic tropical plants flourished and bore fruit under her care. From this room she also spent many hours reading, bird and deer watching, and devising squirrel-proof bird feeders.
In retirement Edith also sewed, quilted, and knitted. She enjoyed making quilts and clothes for her grandchildren, as well as baby blankets for the hospital. Finally, Edith spent many hours providing comfort to several of her sisters and a niece in their old age and illness. She frequently dropped in on them in the nursing home for conversation and to drop off a magazine or a desert.
Edith passed away on March 7, 2020 at the age of 92. Edith is survived by her son, Curtis and daughter-in-law, Nan Huyser of Bethesda, Maryland; grandchildren, Tiffany and Tyler; sisters-in-law and brothers-in-law: LaVonne and Larry Vande Kamp of Pella, Karman and Sherry Huyser of Lenexa, Kansas, Betty (Forrest) Huyser of Oskaloosa, Iowa, Meredith and Terry Van Zee of Prairie City, Iowa; and numerous nieces and nephews.
Edith was preceded in death by her husband, Irvin in 2014; her parents, Johan N. and Jeannetta Mathes; her siblings and their spouses: Valentine and Jennie Mathes, Sarah Mathes, William and Beulah Mathes, Agnes Mathes, Esther and Herman Slykhuis, Ervin and Johanna Mathes, Mabel and Edward DeVries, Evelyn and Arie Beyer, and Harold and Pauline Mathes; and her parents-in-law, Willliam C. and Stella (Vander Kamp) Huyser.
Funeral Services were held on Tuesday, March 17 at Second Reformed Church in Pella. Arrangements were handled by Van Dyk- Duven Funeral Home.
Published on March 16, 2020
To plant a tree in memory of Edith Huyser, please visit Tribute Store.

Plant a tree in memory
of Edith

A place to share condolences and memories.
The guestbook expires on June 14, 2020. 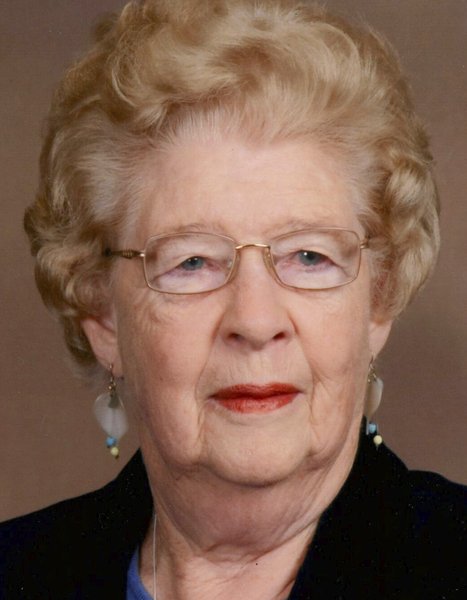