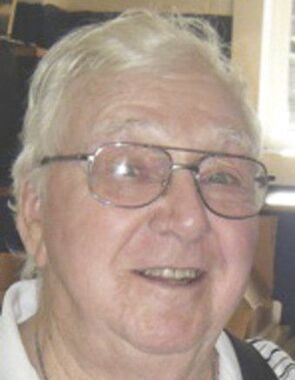 Back to Harold's story

Harold Edwin Nichless, 89, of Keosauqua, Iowa passed away on December 7, 2019 at Van Buren County Hospital. He was born on July 26, 1930 in Marshalltown, Iowa to Harold and Aletha Hale Nichless. Hal grew up in Minnesota, Iowa and New Mexico. He graduated from Tucumcari New Mexico High School in 1948. Hal attended Parsons College, Drake University, Central College and University of Iowa, achieving a BA, MA and EDD. While at Central College, he met Kathryn Joan Ludwig. Hal and Kathy were united in marriage in 1955. She passed to be with God on March 7, 2009.
Hal served in the Korean War, during his time in the service he traveled throughout the world. After his honorable discharge, Hal taught or served as administrator for schools in Belle Plaine, Iowa, Pella, Iowa, and Keosauqua, Iowa. Together, Hal and Kathy enjoyed spending their summers in New Mexico. Hal liked computers and almost anything electronic and technology related. He also loved people and especially children, and enjoyed carrying on a conversation with all children. Hal was also a volunteer ambulance driver for Van Buren County Hospital for 15 years. He was named Citizen of the Year in 2015, and was Grand Marshall of the Fall Festival Parade in 2014. Hal especially loved Van Buren County and the people in the area.
He is survived by a daughter, Peggy Nichless of West Des Moines, Iowa; and a son, Hal (Marlene) Nichless of Minneapolis, Minnesota.
He was preceded in death by his parents, Harold and Aletha Nichless; and wife, Kathy.
Funeral services will be at 10:30 a.m. on Thursday, December 12, 2019 at the Keosauqua Christian Church. Burial will follow at Fellows Cemetery in Keosauqua, Iowa. Visitation will begin at 3:00 p.m. on Wednesday, December 11, 2019 with family present to greet friends from 5 - 7:00 p.m. at Pedrick Funeral Home - Keosauqua. Memorial contribution's in Hal's honor may be directed to the Van Buren County Ambulance Service. Online condolences may be directed to www.pedrickfuneralhome.com.
Published on December 9, 2019
To plant a tree in memory of Harold Nichless, please visit Tribute Store.

Plant a tree in memory
of Harold

A place to share condolences and memories.
The guestbook expires on March 08, 2020.

Allen Novotny
Harold was extremely well liked and a great teacher that people looked up to. He really seemed to like his job and loved Belle Plaine. My condolences to his family.