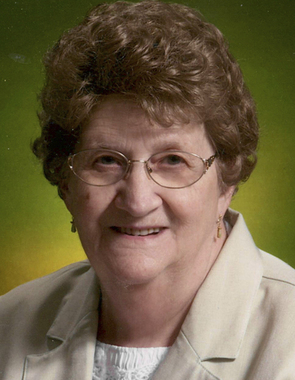 Back to Leona's story

Leona Mae (Langstraat) De Vries was born on March 7, 1932, at home on a farm three miles south of Oskaloosa, Iowa. She was the third of five children of Henry and Nellie (Kelderman) Langstraat. Each day she walked one and one-half miles to a one-room country school where she graduated from eighth grade. She started working at Kresge's Five and Dime in Oskaloosa and later in a restaurant. Early on, she learned how to count back change and was always thankful of the fact that she had her calculator in her head.
In 1948, Leona and five other people from the Pella and Oskaloosa Protestant Reformed churches went to a Young People's Convention in Grand Rapids, Michigan. Little did she know that her husband-to-be was driving them in his relatively new Nash car. While at the convention, Leona and Harold started dating, and on November 24, 1950 they were married and planned to start farming.
In June of 1951, Harold was drafted into the United States Army. Leona was able to accompany him in Fort Knox, Kentucky where they lived together until 1952 when Harold was deployed to Korea. While Harold was stationed in Korea, Leona lived with Harold's parents and did housekeeping for others. During this time, she faithfully wrote him letters, prayed for his safety, and gave birth to their first child whom Harold did not see until nine months later.
In March 1953, Harold safely returned home and was reunited with his family. They began farming and Leona kept busy with a large productive garden including an abundance of canning and freezing of fruits and vegetables. While washing dishes, she spent many evenings assisting the children with memorizing catechism, memory verses, math facts, and spelling words. She spent countless hours doing the laundry and ironing for a family of ten. In later years, she sewed quilts and embroidered dish towels for the children and grandchildren. Her famous chocolate chip cookies became a favorite treat for visiting children, grandchildren, and great-grandchildren.
Within 14 years, Harold and Leona had eight children. Six sons and two daughters: Harlan (Donna) De Vries, Larry (Rosie) De Vries, Dennis (Bev) De Vries, Patricia (Stan) Dykstra, Bryce De Vries, Wavern (Bev) De Vries, Kevin De Vries, and Kimberly (Brian) Vander Berg. The family eventually grew to include nineteen grandchildren, followed by 50 great grandchildren. Traditionally, the entire family of nearly 100 members gathers each year for a Christmas celebration.
Leona and Harold went on several memorable vacations to visit family and friends. They traveled to Alaska, California, Florida, Washington, and British Columbia to enjoy the ocean, mountains, and other scenery.
They have been faithful members of the Peoria Christian Reformed Church. Leona attended many Bible studies and did volunteer work including making Dutch letter dough as a fundraiser for the Peoria Christian School.
Leona suffered a stroke in 2017 which necessitated that she live at Jefferson Place in Pella, Iowa.
Leona lived a life of faithful service to her Lord and Savior and was a devoted wife and mother. Although not highly educated, the faith lessons she taught were etched into the hearts of her children. On Sunday, February 9, 2020, she passed away at the age of 87 years. Leona is survived by her children and their families:

Plant a tree in memory
of Leona

A place to share condolences and memories.
The guestbook expires on May 17, 2020. 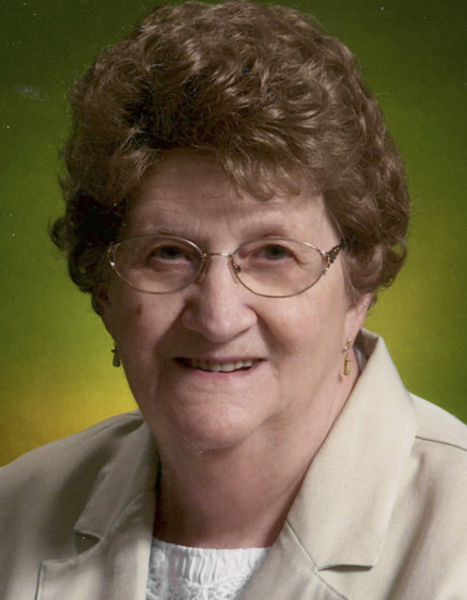