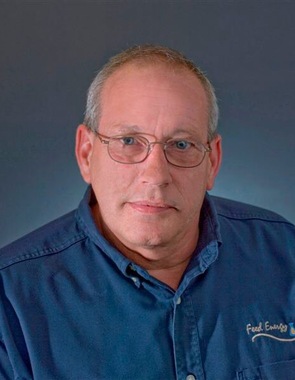 Back to Michael's story

Michael Eugene Van Weelden was born July 13, 1952, to John and Magdeline (Rozenburg) Van Weelden, in Oskaloosa, Iowa. He died on January 27, 2020, in Pella.
Mike attended school in Pella. Throughout his career, he worked for Feed Energy, and he retired from Riverhead Resources, where he was a customer service manager.
On December 29, 2004, he was united in marriage to Doris Townsend Flowers in Des Moines.
Mike is survived by his siblings: Trudy and Bruce Van Wyk, Deborah and Don Verros, Ricky Van Weelden, and Kimberly and Steve Roose; and his step-daughters: Michele and Brian Jobe, Denise Flowers, and Marcie and Tony Wallace.
Mike had a heart for rescuing animals and is survived by his dogs Missy May and Maddie Mo.
He was preceded in death by his wife Doris, his parents John and Magdeline Van Weelden, his grandparents Andrew and Elizabeth Rozenburg, and his brother Randy Van Weelden.
A memorial service will be held at a later date. Memorials may be given to Animal Rescue League of Iowa. The Garden Chapel Funeral Home is in charge of arrangements.
Published on January 29, 2020
To send flowers to the family of Michael Van Weelden, please visit Tribute Store.

Send flowers
in memory of Michael

A place to share condolences and memories.
The guestbook expires on April 28, 2020.