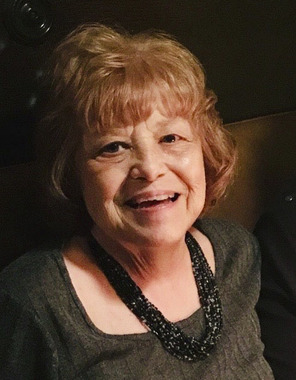 Back to Nora's story

Nora Gay Rietveld was born on May 24, 1951, to Frederick Clarence and Pauline (Kamerick), in Oskaloosa, Iowa.
Nora grew up in Pella and was a 1969 graduate of Pella Community School. She worked at the Overall Factory, and Pella Corporation (formerly Rolscreen) for 23 years. She also worked at Prairie Meadows for guest relations, as a sales agent for Jensen Motors, and as a manager for Dollar General for 12 years before retiring.
Nora always said her number one goal in life was to be a "good mom." Anyone who knew Nora knew she was most proud of the children she raised. She was excited to see her first born, Paula Jo, graduate from medical school. The most thrilling moment in Nora's life was being present for the birth of Darcy's two girls. She was grateful to see Clint growing and thriving in his journey. Her greatest source of joy was her grandchildren. She spent countless hours crafting and creating things for her family. She was a passionate fiction book reader, reading 3-4 books a week and belonged to a book club. A proud "Parrot Head" she was one of Jimmy Buffet's biggest fans. Nora was always passionate about cars and attending auto shows. A highlight in her life was owning a 1934 High Boy Roadster in which she chauffeured the Beach Boys at a concert. Anyone who knew Nora knew she was selfless and would do anything to help anyone. Many have commented how Nora was always smiling or laughing.
Nora was a member of Riverside Community Church in Knoxville. Some of her favorite memories were mentoring youth in 'Crosswalk' - a program to encourage and equip young people to live a life marked by God's presence and follow the example of Jesus - and helping with Vacation Bible School.
Those left to cherish her memory are her children: Paula Jo Malin of Omaha, Nebraska, Darcy LeAnn (Brian) Curtis of Arvada, Colorado and their children: Myla Jo and Macy Lynnora; adopted son Clint Michael (Maggie) Hornick of Kirkville, Iowa and their children: Haylee Jane and Ila May. Nora is also survived by her siblings: Carla and Mark Hopkins of Lakeview, Arkansas, Joy and Rick Eklofe of Pella, Fred Jr. and Beverly Rietveld of Pella, and Bruce and Kim Rietveld of Knoxville.
Nora was preceded in death by her parents Fred and Pauline Rietveld, her niece Carol Joosten, and her grandparents: Gerrit and Tina Kamerick and Clarence and Bernice Rietveld.
Funeral services were held on November 22, at the Riverside Community Church in Knoxville. Memorials may be given to Hospice of Pella. The Garden Chapel Funeral Home was in charge of arrangements.
Published on November 20, 2019
To plant a tree in memory of Nora Rietveld, please visit Tribute Store.

Plant a tree in memory
of Nora

A place to share condolences and memories.
The guestbook expires on February 18, 2020.

Kelly Simmons
She was always smiling and willing to help anyone she could. She was a true and faithful friend. She will be missed.
View all