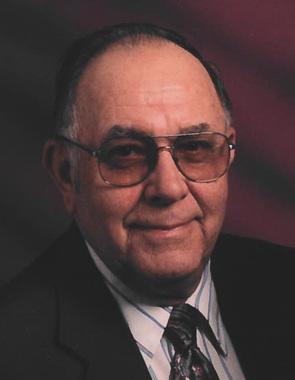 Back to William's story

William Harold Schimmel was born at home near Tracy, Iowa, on June 4, 1923, to Dick and Hattie (Van Hal) Schimmel. He was the third son of seven children, and baptized at the Tracy Christian Reformed Church. Bill received his elementary education at the Union School located next to the farm where he lived. In 1938, the family moved to a farm located near Leighton.
Bill made profession of faith at the Leighton Christian Reformed Church and later became a member, serving as an elder and deacon.
On November 9, 1944, he was joined in marriage to Marjorie Hugen at her parents' home located north of Pella. God blessed them with four lovely daughters: Joyce Darlene, Judy Elaine, Shirley Eileen, and Sylvia Arlene.
Bill was inducted into the Navy in 1945, and after being discharged took up farming again for ten more years. They moved to Grand Rapids, Michigan, to attend Reformed Bible College. Five years later, they settled back in Pella and Bill went to work at the Co-op Elevator driving a feed truck for ten years. Bill retired from Pella Corp. in 1985 having been there for 13 years.
Bill and Marjorie enjoyed traveling to Europe and made three trips to Hawaii. He especially enjoyed their 50th anniversary in Hawaii with all their daughters and spouses. Every year for 30 years, the family would spend a week together in the summer enjoying each other at different places within the U.S.A. Bill enjoyed working with shrubbery and hedges for some 30 customers here in Pella, which kept him busy during retirement years. He enjoyed time spent with the grandchildren and great-grandchildren and held them in high esteem. Directing them in the way of the Lord. He also spent time volunteering for the Christian Reformed World Relief Committee in different parts of the United States.
Bill is survived by his three daughters: Joyce Smith of Springfield, Missouri, Judy and husband Scott Applebee of Delray Beach, Florida, and Shirley Schuring of Pella; ten grandchildren and 18 great-grandchildren.
He was preceded in death by his beloved wife Marjorie in 2015; his precious youngest daughter Sylvia Coker, his parents Dick and Hattie Schimmel, and three brothers and three sisters.
He was loved deeply and will be missed by all!
I wish and pray for all our children and their children to be devout Christians, and to express their love and faith in our Lord Jesus Christ to others.
Private burial services were held held on Monday, March 30, 2020 at Oakwood Cemetery. Garden Chapel Funeral Home was in charge of the arrangements.
Published on March 26, 2020
To send flowers to the family of William Schimmel, please visit Tribute Store.

Send flowers
in memory of William

A place to share condolences and memories.
The guestbook expires on June 24, 2020.

Miriam Zoetewey
Dear Joyce, Judy and Shirley,
It saddens me to hear the news of Uncle Bill's passing. We know he's home now and that is more evidence of God's amazing grace. What saddens me is the hole in your hearts that can't be filled by anyone else. His passing is also making it clear that we are the next generation to be called home. I'm praying that when our day comes we will leave this world having pointed many to Jesus as your parents both did. May God bring you comfort and peace along with the hope of eternity. Love you all. Miriam
View all 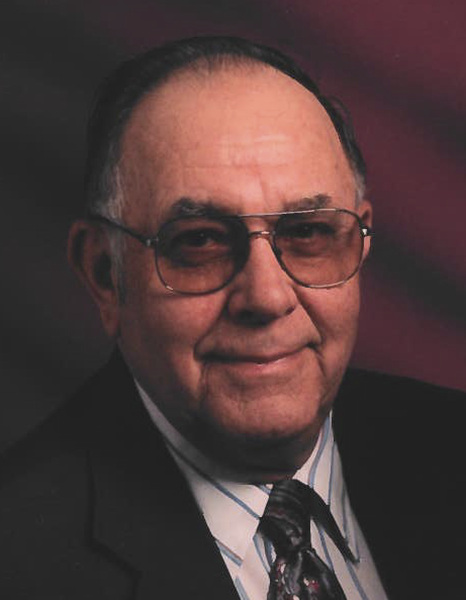